Last Tuesday the 1st Godshill and Rookley Beavers and Cubs celebrated the “new normal” with an action-packed trip by double-decker bus to Robin Hill. The day out was also a fitting reward for all the amazing work and collective achievements of the previous two years of lockdown. The group consisted of over 60 young people, from the Beavers, Cubs, Scouts and Young Leader section, along with leaders and parent helpers. 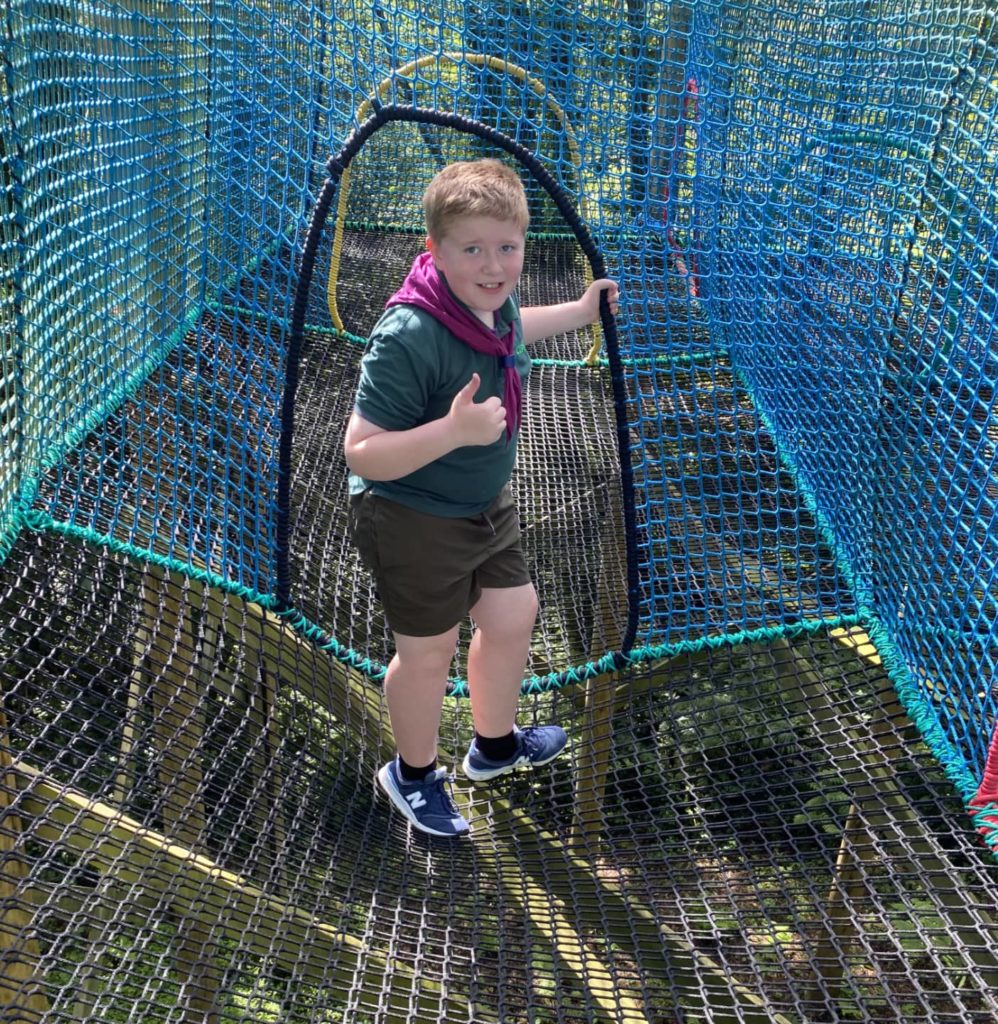 Everyone enjoyed the freedom of the park including the 4D cinema and riding the toboggan. The Beavers hunted their way around the park in a single pack whilst the Cubs broke into smaller groups each with two leaders. The Scouts, as you would expect, were more independent and seemed to be enjoying themselves everywhere all the time. 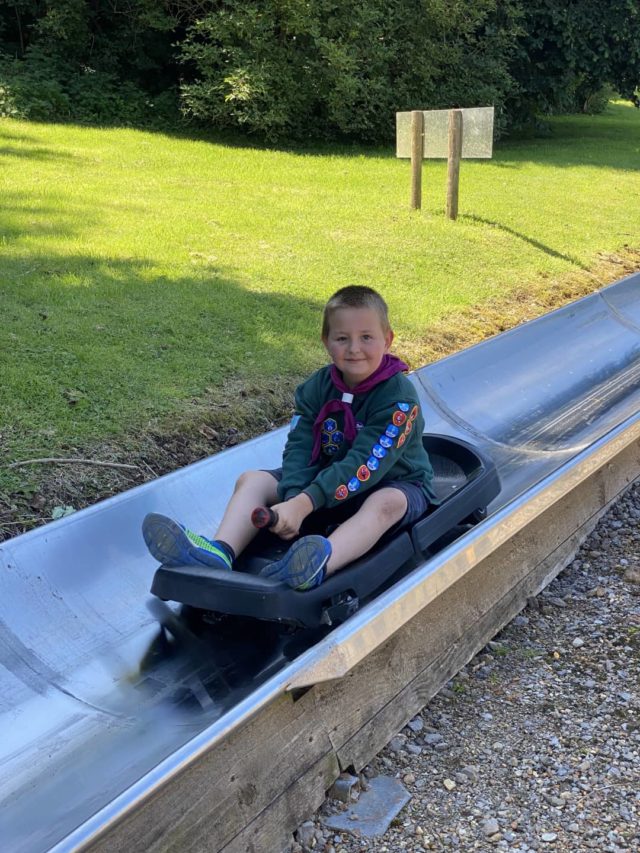 In the middle of the day there was one huge pow-wow as everyone met up to do justice to a big picnic spread – probably the first and most enjoyable gathering of relaxed youngsters seen for what might have seemed an eternity. With no trip to Robin Hill being complete without a falconry display, the group were suitably entertained following the picnic. 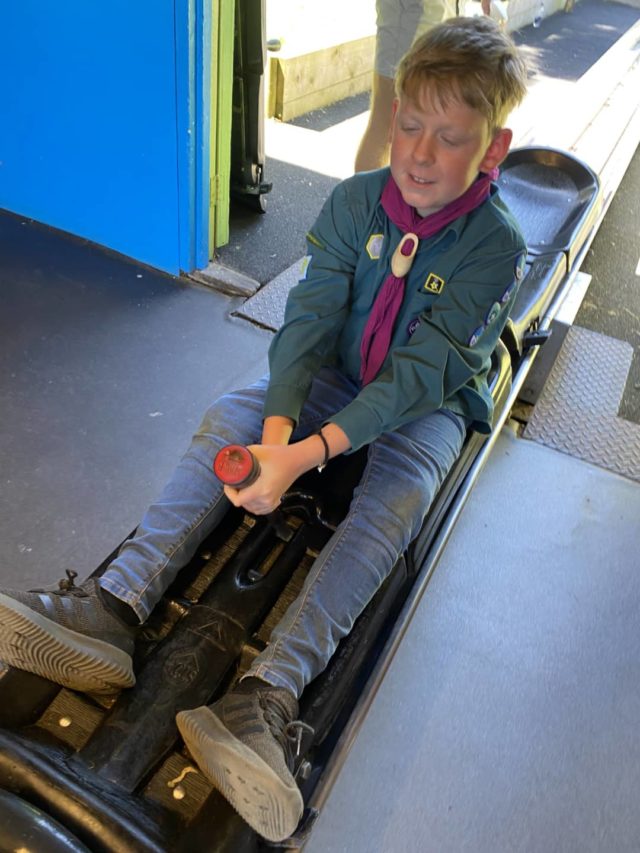 “It was absolutely phenomenal to get back to doing face-2-face activities after the lockdown. The Scouts and Cubs enjoyed a camping trip the nights before and after our trip.”

“A massive thank you to all of our leaders and parent helpers, without you we wouldn’t have the ability to run these activities.” 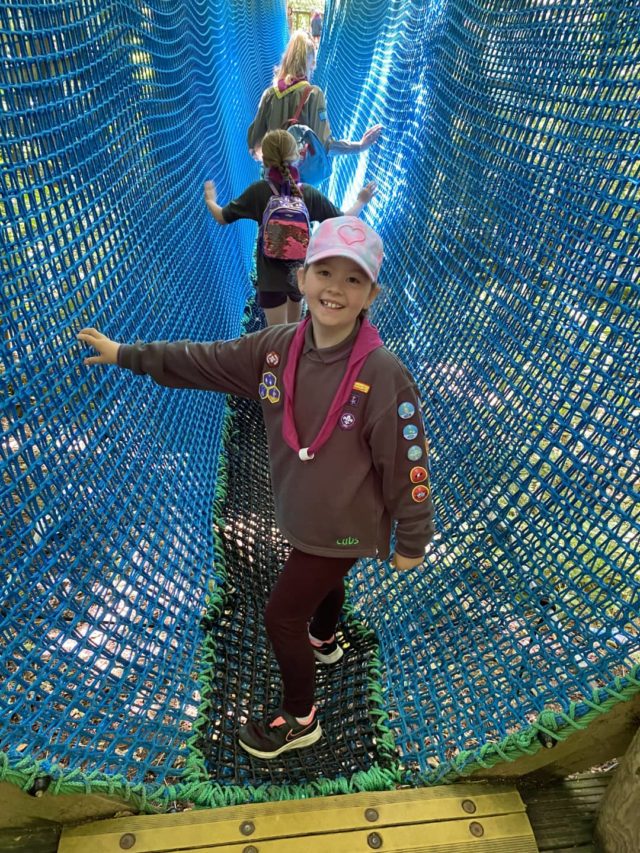 Comments from the youngsters included:

“My favourite part of camp was going on the toboggan at Robin Hill and spending time with friends.”

The trip was also made possible by the generosity of Southern Vectis who donated the use of a double-decker bus for the day – a very big thank you from everyone who took part. 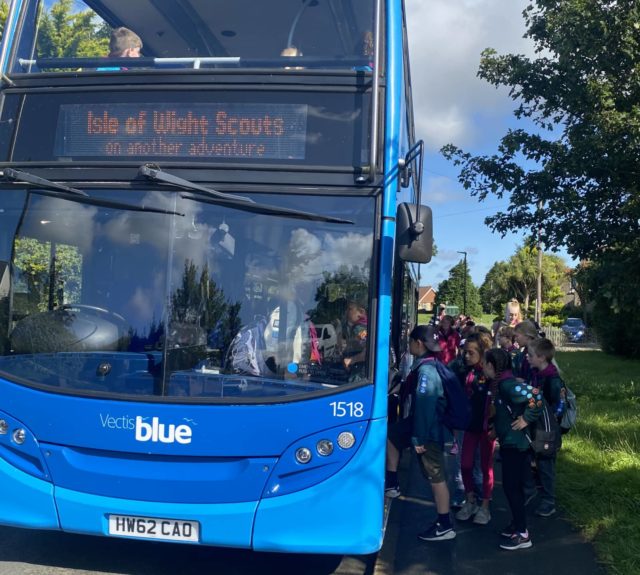 During the lockdown period the group managed to secure a number of grants for their charity which has enabled them to do some much needed maintenance on their hall and grounds but it has also meant they are able to put on events like this at no cost to their members.

Would you like to get in touch with the Group?

News and photos have been provided by Kieran O’Toole on behalf of 1st Godshill and Rookley Scout Group.